Multilateral Organizations, based in Geneva, Switzerland, including the World Health Organization (WHO), World Intellectual Property Organization (WIPO) and the World Trade Organization (WTO) play an integral role in setting global best practices for public health, intellectual property rights and international trade rules. Establishing a sustained presence and relationship with these organizations is critical to ensure the global biotechnology industry has a voice in ongoing debates regarding the development and spread of new technologies that aim to feed, fuel and heal the world.

The International Council of Biotechnology Associations (ICBA) is the global voice for the biotechnology industry, representing biotechnology innovators, including many small and medium sized entrepreneurs that are researching and developing cutting edge products to improve public health, food security and sustainable development.

During the two and a half days of meetings, the delegation met with Ambassadors and key staff from the governments of the US, Canada, Germany, UK, Japan, Korea and South Africa. With the goal of presenting a unified voice on behalf of biotechnology innovators, delegates raised awareness around the biotechnology eco-system that supports research and development, including the need for strong intellectual property rights and a rules-based trading system to bring new technology to market. Delegates described the increasing globalized nature of the industry with cross-border partnerships and the fabric of the research and development arm of the industry, which is centered around Micro, Small and Medium Enterprises (MSMEs). The delegates also expressed concern over a number of on-going global debates that could potentially restrict the biotechnology industry’s freedom to operate – such as initiatives that take a narrow view on the global challenge on access to medicines and promote work streams that would weaken incentives for research and development rather than promote innovation as a key element to enable access to medicine.

Among the many meetings, the delegation met with the World Intellectual Property Organization (WIPO) and World Trade Organization (WTO) to discuss the critical need for harmonization of global Intellectual Property standards to increase access to innovative medical therapies and the shared value that can be achieved through improved collaboration and information sharing of genetic resources.

The ICBA mission was the largest delegation of international bioscience-focused trade organizations to visit Geneva to date, and represents a major step in our goal of expanding the biotechnology industry’s voice and international advocacy efforts. The ICBA will expand such efforts in 2018 to build upon this momentum. 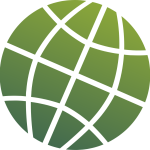