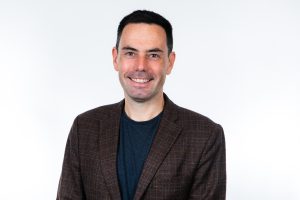 Since his appointment as Chief Executive of the BioIndustry Association in 2012, Steve has led major BIA campaigns for, amongst other things, improved access to finance, the refilling of the Biomedical Catalyst, antimicrobial resistance and the opportunity the sector presents to generalist long term investors. Steve champions the adaptive pathway approach to the licensing of new drugs, the need for Early Access and is particularly proud of the working relationship the BIA has established with the UK’s leading medical research charities.

A founder member of United Life Sciences, a strategic partnership representing over 1000 life science and healthcare member companies across the UK and internationally, Steve attends the UK’s Ministerial Industry Strategy Group, and sits on The Royal Society’s Science, Industry and Translation Committee.

Beyond the UK Steve is a member of EuropaBio’s Board and its National Association Council and is a founder member of the International Confederation of Biotech Associations. An expert and regular commentator on the sector in the media and at industry-leading conferences Steve has worked both in biotech (as Senior Director at Genzyme UK and Ireland) and at the highest levels of UK government (as Special Advisor to John Reid, MP, during his time in Tony Blair’s government) for over 15 years. Steve was awarded the OBE in January 2017. 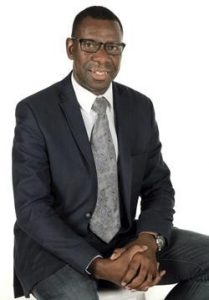 Dr Siyabulela (Siya) Ntutela graduated with a PhD in Pharmacology from the University of Cape Town, focusing on drug discovery and medicinal chemistry.

Siya is currently the CEO of AfricaBio. He also founded and manages the following companies: Zanalytix Laboratories, a contract analytical services company offering post-importation testing in pharmaceutical industry and Intini Research & Consulting, a biotech consulting firm. Prior to establishing Zanalytix, Siya served in a number of high profile positions, such as CEO of iThemba Pharmaceuticals, Senior GM – Operations at the Technology Innovation Agency, COO of PlantBio Innovation Centre and Deputy Director at the National Department of Science & Technology.

Siya serves in expert advisory roles to a number of institutions such as the Department of Science & Technology, National Research Foundation and the Gauteng Provincial Department of Economic Development and Council for Scientific & Industrial Research (CSIR) through his consulting entity, Intini Research & Consulting (Pty) Ltd. He has served in a number of Boards of start-up companies in South Africa. As Executive Vice President for International Affairs at the Biotechnology Innovation Organization (BIO), Mr. Damond is responsible for developing and implementing the industry association’s program of international advocacy and outreach, including the areas of trade policy and foreign government relations.

Prior to taking his position at BIO, Mr. Damond was Vice President for International Government Relations in Pfizer’s Washington Office from 2006-2011. In that capacity he was responsible for managing and coordinating Pfizer’s international trade issues with the Administration and Congress.

Prior to his appointment at Pfizer in 2006, Mr. Damond was with the Pharmaceutical Research and Manufacturers of America (PhRMA) for five years.  As PhRMA’s Deputy Vice President for International Affairs, he was responsible for managing PhRMA’s programs with respect to market access barriers that affect the research-based pharmaceutical industry, as well as managing PhRMA’s Asia and Japan programs.

Before coming to PhRMA, Mr. Damond spent 12 years as a trade negotiator at the Office of the United States Trade Representative, where his last assignment, from 1999-2001, was as Deputy Assistant U.S. Trade Representative for Asia and Pacific/APEC Affairs.  During this time, he was also chief negotiator of the historic U.S.-Vietnam Bilateral Trade agreement, completed in July 2000.  Prior to his time at USTR, Mr. Damond also spent four years at the U.S. Commerce Department, working on bilateral and multilateral trade negotiations. 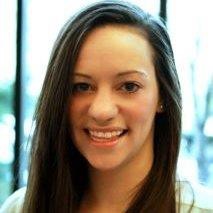 As Senior Manager for International Affairs at the Biotechnology Innovation Organization (BIO), Ms. Stiss is responsible for managing the industry association’s program of international advocacy and outreach for Europe, the Middle East, North Africa, Turkey and South Africa regions. In this position, she engages with foreign officials in these regions to promote policies that support a strong biotechnology industry as well as to resolve policy issues relevant to the industry. Hilary also works on issues at the multilateral organizations as well as acts as program director for the International Council on Biotechnology Associations (ICBA).

Before taking this position at BIO, Hilary was a Graduate Fellow in the Scientific and Regulatory Affairs Department at the trade association, Pharmaceutical Research and Manufacturers of America (PhRMA). Prior to this appointment, Hilary received her Master’s degree from the Fletcher School of Law and Diplomacy, where she studied international political economy and international trade. During her studies, Hilary worked as a research associate in Amgen’s Washington, DC office.